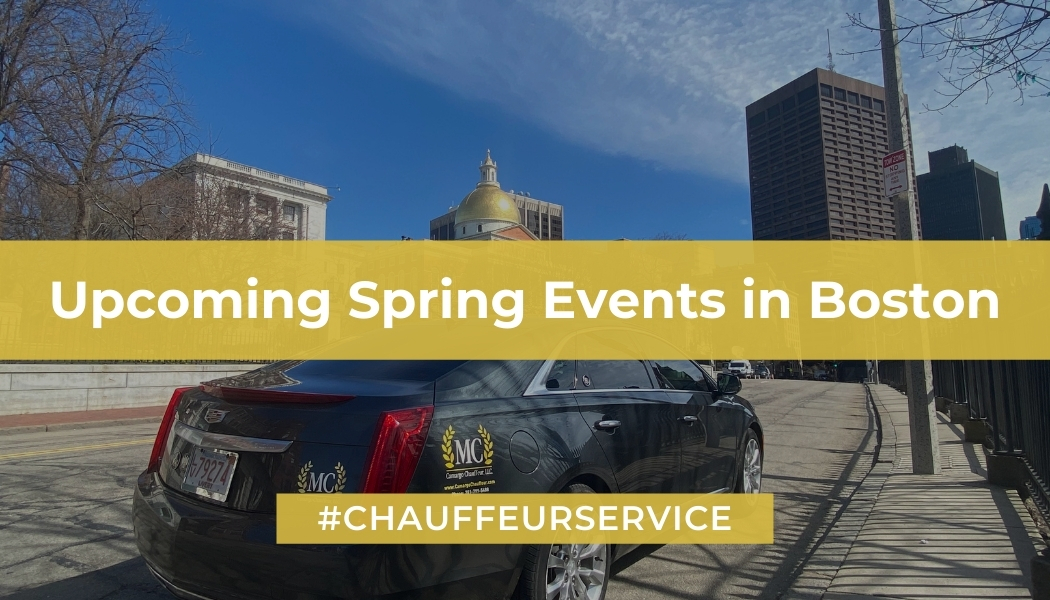 There’s no question that the city of Boston comes totally alive in the springtime, with residents shaking off the effects of another long winter season, and welcoming back the warm weather, the blooming of plant life, and the return of outdoor activities all around the city. While some regularly scheduled events have had to be canceled again this year due to COVID-19, others are being held as normal, so you should start making some plans right away. You won’t want to miss out on some of the exciting events hosted in Boston this spring!

Last year, Major League Baseball played a much-abbreviated season, consisting of less than half the games teams would normally have played. This year, a full schedule is planned, and that means your Boston Red Sox will host 81 games at Fenway Park. Spring baseball is always very exciting, since it kicks off sporting events in the city, and it’s just great to get outside and enjoy warm weather again after shoveling snow all winter. There’s no better way to celebrate the arrival of spring than by attending a Boston Red Sox baseball game.

If you’ve always wanted to see the monsters of the deep up close – this is your chance! Spring always marks the welcome return of the season for whale-watching in New England, and you can buy yourself a Go Boston pass to secure your spot on the boat. Expect a trip out to the whale grounds which lasts between 45 minutes and an hour, after which you’ll get to spend some time taking close-up photos of the largest sea creatures in existence. You may also want to include a tour of the New England Aquarium, which is one of the largest in the country.

Marathon Monday is the day on which the world-famous Boston Marathon is held, and you’ll get to see runners from all over the world compete for the honor of being the fastest Marathon runner for this year. There are also a number of patriotic events held to commemorate the American Revolution, including re-enactments, exhibits, and talks by renowned historians. If you get the Go Boston pass, you’ll be able to visit the Old State House and Paul Revere House. Normally held in the springtime, this year it has been pushed back to Monday, October 11th.

There will of course be the somber memorial for veterans in Boston Common, as well as the procession through the Garden of Flags. There will be free admission to the Museum of Fine Arts on Memorial Day between the hours of 10:00 and 4:45, so this is a great chance to take in the sights and exhibits free of charge. For a nominal fee, you can take a walking tour of the city and be led by knowledgeable guides who can point out many of the sites of interest from the city’s past. These tours are hosted by Boston by Foot, a nonprofit organization which endeavors to keep city history alive.

While most theaters around the city will be closed on Memorial Day, you’ll find plenty of entertainment in the Marketplace at Faneuil Hall. Take the whole family there and enjoy the street performers, as they entertain crowds with juggling, magic, puppet shows, comedy, and mime. It’s a great way to spend some time outdoors and appreciate the talented individuals who live and work in the area. The performers will be putting on shows from Saturday through Monday, so you should be able to find a time which is compatible with your schedule.